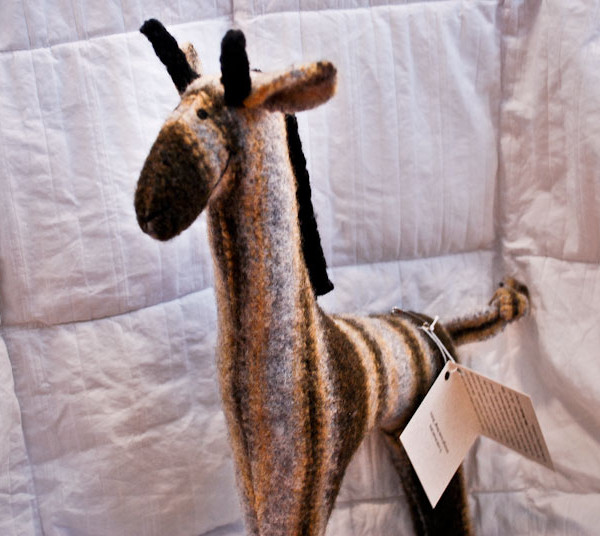 The Giraffe is a long-necked, hoofed mammal that is natively found grazing in the open woodlands of sub-Saharan Africa. The Giraffe is the tallest living animal on land and despite it’s height is mostly closely related to the much smaller and solitary Okapi, that is found elusively dwelling in the dense tropical forests. There are nine recognised sub-species of Giraffe that are found in differing geographic locations and vary somewhat in the colour and pattern of their spot-like markings. Although the Giraffe would have once been found across sub-Saharan Africa and even in parts of North Africa, today they are extinct from much of their historically vast natural range with only small, isolated populations remaining in a handful of regions in central Africa. Further south however, Giraffe populations are considered to be stable and are even growing in some areas due to an increase in demand for them on private ranches.

My favourite animal is the koala, but his life would be boring. I would rather be a giraffe so that I could contemplate the beauty of Africa.

It's an incredibly difficult thing to bring a giraffe down. They can kill a lion with a single blow from their feet.